Sorry! You missed Cruel Intentions: The 90s Musical Experience at Hanover Theatre for the Performing Arts

Unfortunately, we don't have any information about upcoming performances of this show. Maybe we can interest you with something similar from the options below... 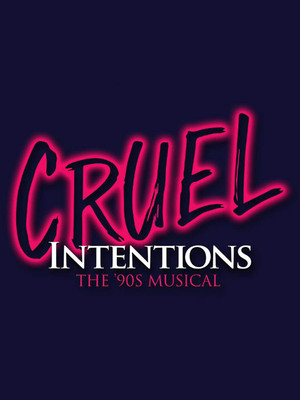 After all, if "Rock of Ages" could make a mint from 80s hair metal, there is no reason "Cruel Intentions" can't do the same for 90s pop rock.

It's A Bittersweet Symphony

Adapted by Jordan Ross, Lindsey Rosin, and Roger Kumble, and comprised of deliciously dark manipulations, blossoming romance and bittersweet symphonies, Cruel Intentions: The 90s Musical Experience tells the tale of devious step-siblings Sebastian Valmont and Kathryn Merteuil. Bored with the comforts that wealth can buy, they turn their attentions to new girl and daughter of their school's headmistress Annette Hargrove, placing a risque bet that sets a whirlwind of passion, true love and revenge into motion. Told through the original films iconic 90s score featuring the likes of Bozy II Men, REM, NSYNC and of course, The Verve, this is one nostalgic rollercoaster you won't want to miss.

Sound good to you? Share this page on social media and let your friends know about Cruel Intentions: The 90s Musical Experience at Hanover Theatre for the Performing Arts.