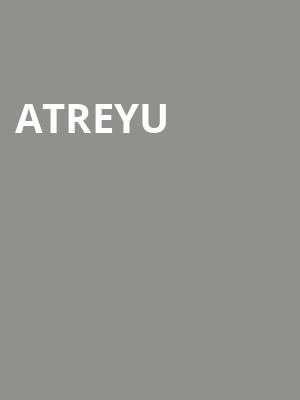 Atreyu hit the road with their infectious sound!

Atreyu is back on tour!

Get ready to rock! American metalcore band, Atreyu are grabbing their kit and hitting the road on tour. This upcoming tour will see Atreyu supporting their newest full-length record 'Baptize' which features tracks 'Strange Powers of Prophecy', 'Baptize', 'Broken Again' and many more. Now's your chance to hear the new album live and of course Atreyu will be bringing some fan favorites along with him.

2015 saw Atreyu reignite their flame which went out in 2009 when the band took a hiatus. During their reformation, the band released the highly acclaimed album 'Long Live' which took the boys on the road for a two-year tour and led them to multiple sold-out performances.

Sound good to you? Share this page on social media and let your friends know about Atreyu at Worcester Palladium.